Excimer lamps emit intense and nearly monochromatic light in the ultraviolet region of the spectrum. Radiation in the vacuum-ultraviolet (VUV, wavelength between 100 nm and 200 nm) is very interesting for the surface treatment in particular of organic materials and for the removal of organic contaminants. Organic materials with multiple bonds or with hetero-atoms (non-bonding electron pairs) such as oxygen or nitrogen absorb light with a wavelength shorter than 200 nm very strongly. This property limits the penetration depth of the photons to 50-100 nm (90 % of the light is absorbed within a surface layer of this thickness). The absorption results in bond scissions and the formation of radicals. The radicals readily react with oxygen which gives rise to oxidation. If there is no oxygen present, they also can recombine and form cross-links.

Gases like oxygen, carbon dioxide, and water vapor absorb in the VUV region. The absorption is dissociative, i.e. it forms highly reactive fragments like oxygen atoms or hydroxyl radicals. Other gases like nitrogen do not absorb. For technical applications of VUV excimer radiation it might be necessary to reduce the partial pressure of oxygen by the addition of nitrogen in order to adjust the amount of light absorbed by the gas and the amount absorbed by the substrate surface. Depending in this ratio, a process can work in different modes:

VUV-excimer radiation can be used for the activation of polymer surfaces and for the removal of contaminants, in particular in applications where traditional treatments with corona discharges or barrier discharges are not applicable. It is an optical technique and, therefore, the substrate is not subjected to electric fields. For example, metallized plastics can be treated without damaging the metal. When using masks it is straight forward to make a structured activation which is difficult to do with discharge plasmas.

With our programmable roll-to-roll treatment system we are able to move a film stepwise and do an irradiation of the film while it stands still. In the case of an hydrophobic COC (cyclic olefin copolymer) film the irradiation results in a surface oxidation at the exposed areas which than become hydrophilic.

This structured activation can be the first step in a series of functionalization reactions. It provides functional groups which can be used for following reactions with gaseous or liquid agents immediately after the excimer treatment. At the end this functionalized surface are suitable for a metallization or a microarray (biochip) which holds a set DNA fragments or proteins.

The irradiation of polymers with a Xe excimer lamp gives a good pre-treatment for a metallization. An ABS/ PC blends are difficult to treat with other techniques. With the excimer lamp the treatment in a carbon dioxide atmosphere was found to give good results for the adhesion of plated nickel. 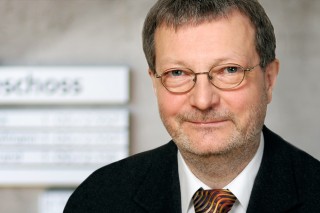